It’s All About Emotions (and Feelings)

I’ve given quite a few sessions focused on one of the most important things I’ve learned when it comes to kids: recognizing emotions or feelings. Did you know there’s a whole line of thinking focused on this? It’s called Emotional Intelligence (EQ).

I recently attended a session given by Sukai Ceesay on this topic, and it’s fascinating stuff!

In short, “the ability to perceive, control, and evaluate emotions (verywellmind.com).”

According to Sukai, to increase our EQ, we need to learn to recognize patterns. This all begins with becoming emotionally literate: having the name for the things you are feeling.

After we are able to 1) put a name to the feeling we are experiencing, we can progress to 2) figuring out where in the body we feel it, and 3) identifying where it starts. Once this happens we are much more in tune with our feelings and can better direct our own responses to others. This instead of unconsciously reacting.

Think of a time when you weren’t feeling right. For example, after getting a message with some bad or disappointing news. If we aren’t aware of how this affects us, the next person who crosses our paths could be the unfortunate recipient of a high level of irritation, or anger despite them not having done anything to warrant this reaction.

If we look at children and when they don’t feel right, we can also see this happening! Unlike adults however, they haven’t learned to mask these feelings yet. This comes later as we build up our own “onion” layers of experiences, expectations of situations and preconceived notions which influence how we interpret other people’s expressions.

This can be a good thing! It means that as a parent, tuning into how our kids are physically expressing the emotions or feelings they are experiencing can allow us to “read them”, which can be very valuable!

Sukai shared that she could tell just from her son’s body language when interacting with a neighbor child, that he was lying. She was able to engage in a conversation with him about what had happened because she tuned in and paid attention to her child.

I have started paying even closer attention to what my children’s facial expressions and body language say and “I am really enjoying the extra dimension it’s giving to our communication.”

It’s beautiful to see how much a little extra attention and tuning in can influence interaction with my kids. Take this example which happened one day when arriving home from school.

After emptying out his school bag, my son also emptied some pebbles out of his pocket and said he had “found them” at school. I noticed that his eyes darted off to the side as he was saying this. My first instinctual thought that popped up was that he was lying. Of course telling a kid they’re lying isn’t a great conversation stimulant so I just said “hmm, really?” Then waited…sure enough, he said: “Fine, I didn’t find them, I took them from the classroom.”

Yes! I was super excited! Not that he was lying of course, but that I could correctly identify from his body language and expression what he was going through. I praised his honesty and we discussed what would happen with the pebbles. If I hadn’t noticed what his face was telling me, I may have missed this. Definitely a skill I’m going to spend more time developing!

If you would like to learn more about Emotional Intelligence check these links. 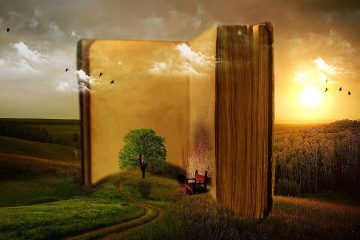 Monthly Book Review: The Book You Wish Your Parents Had Read

(and Your Children Will be Glad That You Did) – By Philippa Perry Spoiler: This month I’m reviewing a pretty fantastic book. If you’re ready for some deep self-reflection and powerful insights in an easy Read more…

This month’s video review on a pretty revolutionary book in the parenting world: Unconditional Parenting; Moving from Rewards and Punishments to Love and Reason. Have you read the book? Let me know what you thought Read more… 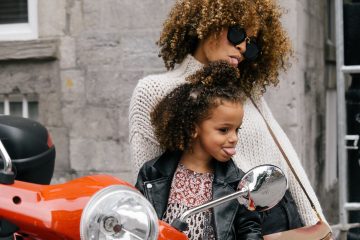 It’s all about the F…

Nope, probably not the F you were thinking of! This F is one of the three I talk about in my Tools for Talking course. The next course is starting soon, so keep your eyes & Read more…

This site uses cookies: Not the kind you get to eat. Find out more.